When we first approached the sports industry with Premoneo, formerly Dynamitick, we had a series of discussions with professionals in the American market. It was 2016 and the marketing director of an MLB franchise gave us an example so simple and effective that we never got it out of our heads.

‘For several years, the subscriber share had remained unchanged, although some turnover had been confirmed. Looking at the data empirically, therefore, I was certain that, although the season ticket product was not losing value in an absolute sense, confirming good commercial performance, every year a share of fans would abandon their seats. So I decided to find out why, dedicating two weeks of phone calls with my team, one to one, to find out the reasons for each of the non-renewals. With the data in hand, we were able to come up with customised business proposals that convinced a good percentage of these fans to come back.

Between family, financial and work demands, the needs of those who left their Season Ticket could be grouped into groups of fans who deserved a second chance, an alternative proposal. This anecdote speaks volumes about how many years ago the American sports industry was already much more oriented towards the development of a real Fan Relationship Management, but also how only the tracking of the data can be a concrete building block on which more targeted commercial actions can be built.

We often talk about this operation, the forerunner of clustering, when we talk about the cultural, strategic and technological change that clubs are beginning to undergo, in some cases still too slowly.

This is why, at Premoneo, we have built a centralised platform for forecasting, pricing and clustering, which can support management in some of these crucial activities in the evolution of Fan Relationship Management. 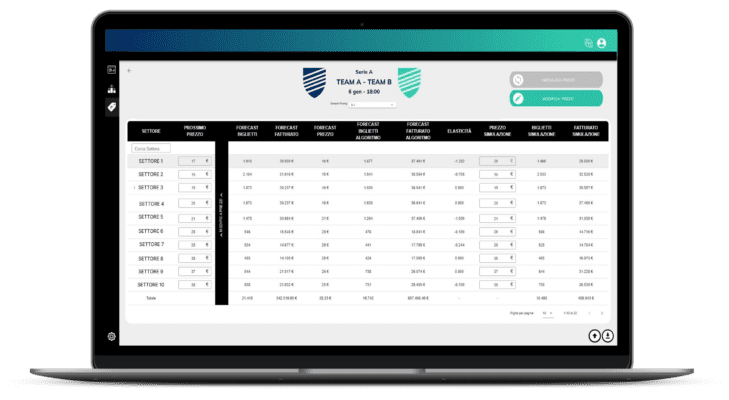 Fan Relationship Management, a software to support the club

The possibility of offering services, products and actions that are increasingly customised and aligned to the needs of users and their interests can only pass through a first fundamental step: the creation and maintenance of a ‘data platform‘ that can unify and standardise the data of the different touchpoints between club and fan: shops, stadium, app, website, physical and digital ticketing. Only then will it really be possible to get to the heart of the revolution and bring our sports industry on a par with other markets in which customer and brand have already built long-lasting relationships, based on an almost equal exchange: data in exchange for customised and valuable experiences.

Want to understand how Premoneo can support your Club? Meet our team and schedule a demo of our ticketing management software. Schedule your first online meeting here.