Smart Parking, Artificial Intelligence and parking is a combination that in the last ten years has become an increasingly concrete reality. Collecting and processing data to automate processes is a formula that lends itself well to most of the activities related to the management of a parking lot.

Especially in the IoT field, the intervention of artificial intelligence has already been an established reality for many years, not only in the most technologically advanced countries.

Sensors for the identification of empty spaces, plate reading, recognition of abandoned objects and “find-your-car” applications are innovations that we find in several facilities on the Italian territory, and they are applications able to generate a set of data on which the intervention of Artificial Intelligence can become fundamental, transforming them into indications for revenue growth.

One of the smartest parking lots we know of is in Belgium, at the Corda Campus in Hasselt, a technology research hub. Here, a smart parking system has integrated entry barriers, detection circuits, signage and cameras with building access systems. The system can distinguish between employees and visitors, so once a license plate is read and the barrier automatically opens, signage can display directional information about that specific driver, ensuring that visitors and employees are brought to designated parking areas. At the Corda Campus, many different companies share parking, so the software was developed to be able to redistribute spaces according to demand. Using historical data and integrating it with information collected in real-time, the system can predict what percentage of its private parking spaces each company will use so that vacant spaces can be allocated to other companies in the short term or conveyed to the target visitors.

The ability to forecast demand, even in this market, is the area of greatest interest for Premoneo. Forecasting models developed based on history combined with a dynamic pricing system represent the latest frontier in the AI field. Some successful experiments, starting from what has been done with SFPark in San Francisco up to Oslo Gardermoen Airport and London Queensway Car Park, are now in full swing. 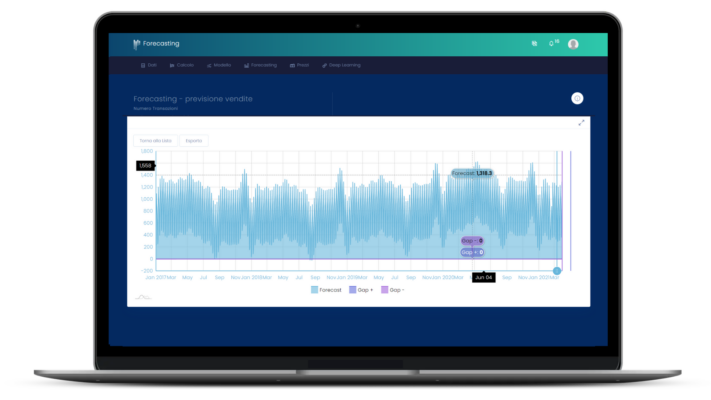 Varying the price according to the time of day and factors that are not under the control of the parking lot operator may be the easiest way to beat the competition and maximize revenues both at times of low demand and at times of high demand when driver price elasticity can vary significantly.

It is around airports that several players around the world were the first to embrace dynamic pricing. The high level of competitiveness has prompted hub parking lots and nearby competitors to look at pricing as a differentiating element. In Italy, too, sensitivity to the subject is growing and revenue management applied to parking is now a well-known discipline that, in our opinion, will soon lead to the diffusion of a dynamic pricing model based on AI.

As it often happens, this innovation still finds some resistance in the scarce habit of companies to invest in digitalization and the state of technological backwardness of many players. However, the market shows a strong growth perspective. This chart from Statista shows the size of the smart parking market in 2015, with a projection to 2025: it is expected to grow to $43 billion within the next four years. 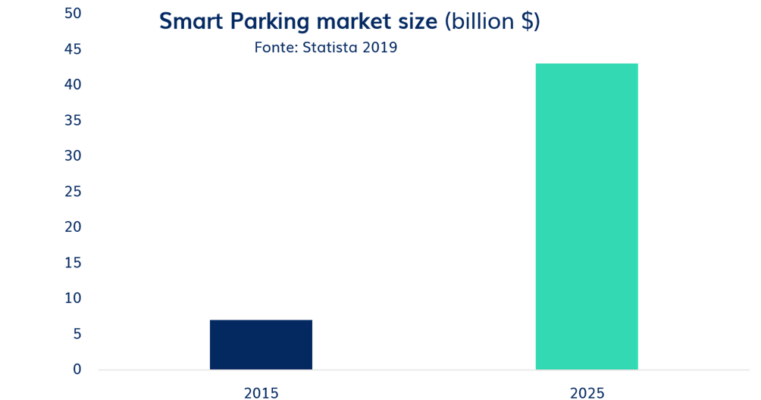