What are the underlying principles to price products and services?

The different techniques used for pricing can be distinguish in two macro-categories, characterized by the benchmarks. The parameter used for the definition can be internal or external to the business.

When a company decide to price following the external factors, concretely means, that the company rely to the external market to set its value, looking at competitors prices and their activity on the market.

This way of pricing is based only on the analysis of the values applied by competitors without taking into account the production cost or the buyers’ perception of values, but verifying only later the correlation with the variables of cost and perceived value.

While if pricing is defined through internal business indicators, we talk of cost-based pricing or value-based pricing. Both of this approaches are based on the analysis of demand: the first is focused on costs and the second on consumers willingness-to-pay. 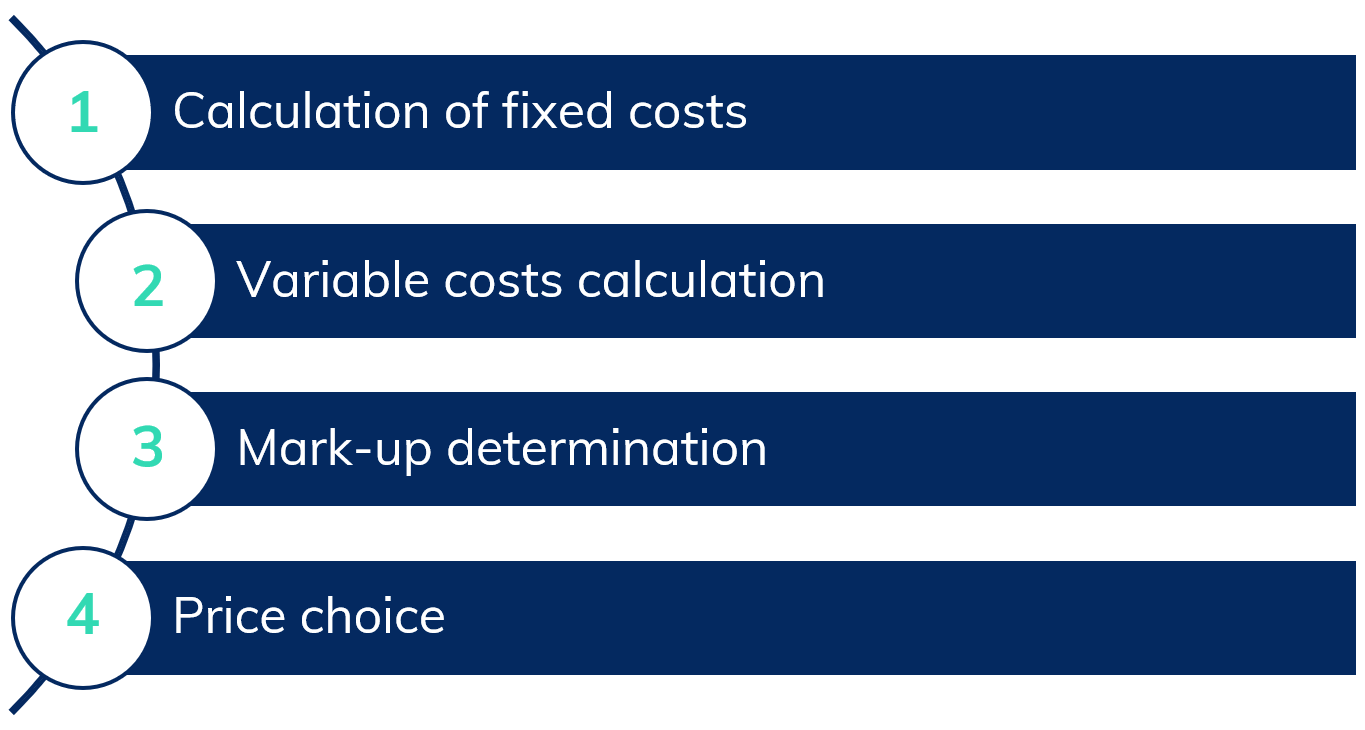 Regardless the type of costs considered, the cost-based pricing techniques have obvious limitations, but also strengths that make them widely spread in certain contexts and markets. 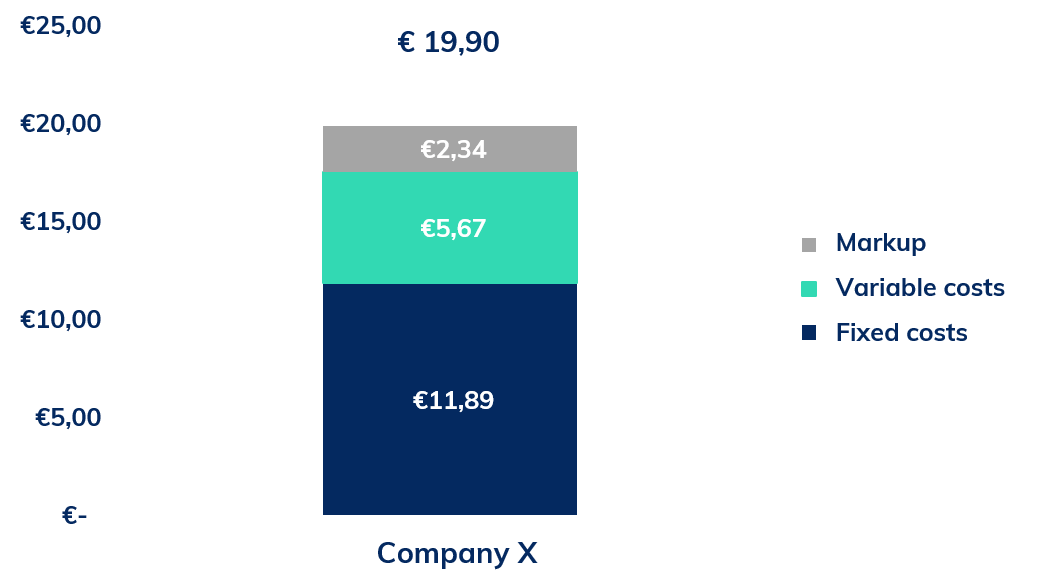 Limits of the cost-based pricing

Among the limits is important to consider that following this technique there is the risk of choosing a price very far from the market price, therefore far from the proposition in terms of competitors pricing and the consumers willingness to pay. Another risk is the possibility of loosing revenue because is not take into account that consumers may be willing to pay a higher price for the same product, or viceversa because they would be willing to buy a grater quantity for a lower price. Often companies, when this strategy is used, has no incentive to design a product with congruous characteristics to the needs of the market, nor is it encouraged to grasp the evolutions and changes in consumer preferences.

Another limit lies in making the company less performance-oriented, discouraging its research for efficiency.

In fact, what often happens using this approach is that once the starting cost to markup is calculated, you feel sure that the cost will be covered and you are no longer stimulated to understand how to quote them in a most efficient way. The perception of “security” that this pricing methodology gives in economic terms, often turn into inertia with a reduction in internal efficiency.

Cost-based pricing, is apparently a basic technique for determining the value of a product or service, instead hides several pitfalls that lie precisely in the difficulty and complexity of carrying out a correct cost analysis. Carrying out detailed and precise analysis on all the cost items that contribute to the determination of the product or service is not so trivial. It is a process that requires periodic reviews and the accuracy of the estimates values are fundamental. Overestimating the costs from which to start the calculation of the markup can be a problem in cases where this value does not correspond to what consumers are willing to pay, vice versa, a price deriving from an underestimation of the costs could mark the solidity of a company.

Like all pricing methods, other than the above mentioned limits, cost-based pricing guarantees some added value to the companies that rely on this method.

One of the main challenges facing the market is to justify the price to customers. Cost-based pricing is the fairest and most acceptable approach in the eyes of the buyer. It is reasonable to justify an increase of the prices due to an increase in the costs of raw materials, transport or employees, and this transparency, perceived by consumers, often become a source of added value for the company.

Furthermore, when a company has an advantage in terms of cost structure compared to competitors, it may be convenient to use this technique to create and spread its value proposition. In this case, the cost advantage translates into a price advantage over competitors and can be the key to maintain and increase the market share against the other competitors.

In general, the costing-oriented approach for pricing is still used by some companies in the Food&Beverage sector, in the retail sector or in the energy sector. It is also use in construction business selling raw materials and in companies that produce medical equipment.

For example, in the Food & Beverage sector and in particular in the case of restaurant management, the cost-plus method on full costs is used to determine the price of the dishes for catering, as for organized trips and receptions. In these areas it is difficult for the company to have data on customer demand, such as the customer’s willingness to pay or the perception of the value of the service. Furthermore, in this context, relying on competitors’ prices is not advisable as the cost of the raw material plays a fundamental role and therefore we tend to base the price on the overall cost of making the dish.

As it is easy to understand, there is not a universally correct method for each reality or at least for each sector, however there is a pricing technique that is more capable of supporting the competitiveness of a company.

In an era where every reality has large amounts of data on competitors and consumer behaviour, cost-based pricing appears to be a too simplistic method to ensure that companies get the maximum value from their products or services.